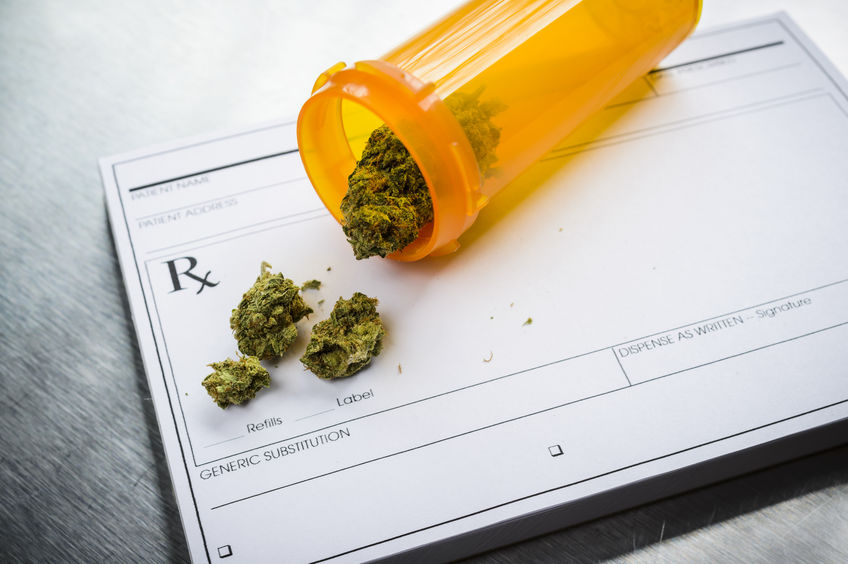 This article was written by Poul Lemasters,NCBVA Legal Counsel to make sure you know your options and the risks of doing nothing.

The times they are a changing!  What was once banned, illegal, and thought by some as immoral is now legal and becoming one of the largest businesses in the US.  Yes, marijuana is now the in thing.  The problem is that despite the legal status changing in many states, many businesses still have drug-free workplaces.

There are definitely some things that can be done by employers and businesses.  However, this area of the law is quickly changing.  It is important to know that reading this article is a broad overview of a very large issue.  What is good today – may be bad tomorrow.  What is right today – may be wrong tomorrow.  But, an employer who does nothing is probably not creating the best platform for resolving a future issue.  So, with all that being said, sit back, relax, and take a deep read of a few things you should know when it comes to pot in the workplace.

What is the new law?

There are now 32 states that allow the use of medical marijuana and 9 states, plus the District of Columbia, that allow medical AND recreational use of marijuana (see chart).

In addition to the states identified in the chart, many other states are considering laws that will either expand current cannabis laws or create new laws to allow some level of cannabis – either medical, recreational, or both. With all the changes, it is important for businesses to understand the different laws and what they mean.

The two typical state marijuana laws are classified as either medical or recreational use.  The majority of states still only allow medical use of marijuana.  The typical medical use provision allows cannabis to be used under the prescription of a physician for any illness, but typical illnesses include: terminal illness; chronic pain; treatment of side effects with cancer; and of course, glaucoma. Some medical use laws also specify the type/form of cannabis that can be used, such as Ohio which allows all methods of consumption of cannabis except smoking.

For states that allow recreational use, the laws typically allow for a much broader access and use of marijuana.  Typically states still place limits on: age for purchasing; amount that can be purchased; time frames of when you can buy; and limits who can sell marijuana. And, keep in mind that while states have begun legalizing marijuana use – the federal government still deems it as illegal. As an aside, because marijuana is still an illegal Class I drug (same as heroin) – businesses that can legally sell marijuana in their state cannot place the money in a bank!

Yes.  A drug-free policy prohibits employees from using or being under the influence while the employee is working.  That is the broadest version of a drug-free work policy.  Most states have identified that marijuana legalization laws do not prohibit the employer from still enforcing a drug-free work policy.  In fact, in some states, including California, the law specifically allows an employer to prohibit use of marijuana both on duty as well as off duty.  The reason for such a broad allowance is that some job positions do not allow any drug use.  Consider a job such as a commercial truck driver; someone in the medical field; or any federal contract position – remember Federal Law says use of marijuana is illegal!

Can I still drug test?

Yes.  Drug testing is still allowed, but there is an absolute decline in drug testing from employers.  There are two main reasons that drug testing – specifically in states where recreational drug use is legal – is on the decline.  First, the hiring pool for many employers is already shrinking.  If you are an employer with a tough position to fill, you could lose a high percentage of potential employees because they couldn’t pass a pre-employment drug test.  Second, the tests for marijuana are still not that great.  A test may show marijuana use, but it may not reflect when; so it’s a false representation of their use.

In the pre-employment setting, there is more and more of a decline in the testing process.  Consider the type of job they are applying and determine if it is imperative for the position.  For example, anyone using machinery or driving versus someone simply working in the office; or someone in the private field versus someone working on a federal contract position.

In the day-to-day operation of your company, consider using drug tests for post-accident reporting.  Anytime there is an accident, a drug-test should be part of your process.  While the results of the drug test may not conclusively prove impairment, it will help in defending a case. In the day-to-day operation also make sure that you reserve the right, in your Policy and Procedures on Drugs Testing, to drug test anyone that shows signs of impairment.

Can I fire if someone tests positive?

Maybe.  This was a little bit clearer of an issue until a recent case in Massachusetts.  The case involved an employee who tested positive for marijuana.  Based on company policy – the employee was terminated. The employee filed a claim of disability discrimination.  The employee’s basis was that she was using marijuana for treatment of her Crohn’s disease – a recognized disability.  In trial Court, the case was dismissed because marijuana is still illegal under federal law, and the employer has a right to enforce a drug free environment.

On appeal, the Massachusetts Supreme Judicial Court reversed.  The Court used the argument of employer accommodation.  In any disability case, the standard for the employer is to make any reasonable accommodations which would allow the employee to continue their job.  In this case, the Court held that the employer should have the ability to demonstrate how her use of marijuana could be accommodated by the employer.   Because the employer did not go through a process of considering possible accommodations, the termination was wrongful.

So, ultimately an employer could still terminate someone who tests positive for marijuana, but the underlying reasons for marijuana use should be noted.  If it is recreational use, then the termination should still be ok.  Keep in mind that the test for marijuana may not show they were impaired at the time – only that they had used marijuana.  If there is a zero tolerance, then an employer may be ok to proceed with termination.  However, if the underlying use is medical, then it is very possible that the disability is protected.  In that case the employer should go through a reasonable accommodations process to determine if there is a way to accommodate before termination of the employee.

I suggest that you consider drinking alcohol. Seriously!  The idea is that now, because of the legalization of marijuana, it places marijuana and alcohol on the same level.  They are both legal – but both are still controlled.  No employer is going to allow an employee to come to work drunk.  No employer is going to allow their employees to go out on lunch and drink alcohol – and then return to work and use equipment.  So, consider drinking.  Your policies for alcohol and marijuana should probably mirror one another.

Go back, review your drug and alcohol policies.  Make sure that they represent what you do – and what you can do in your state.  You may want to contact your insurance providers, including health, liability, and workers compensation, and ask them if there are any stipulations in your coverage related to marijuana in the workplace.  For example, some policies may require that you have a drug-free policy while others may avoid such language.  Also, some insurance coverages may be denied if you do not prohibit marijuana in the workplace.  Make sure your business decides how it will test for drug use – pre-employment; post-accident; appearance of impairment; random – and then decide who will be tested – all; jobs requiring certain safety aspects.  Overall, as a business, you have the right to still control your drug policy.  Things are a little hazier, but it just means that you need to be a little clearer.