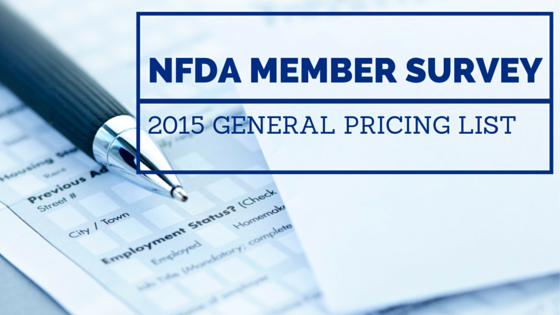 Median Cost of a Funeral With Burial

Since the 1960s, NFDA has calculated the median cost of a funeral with burial by totaling the costs of the following items: basic services fee, removal/transfer of remains to funeral home, embalming and other preparation of the body (casketing, cosmetology, dressing and grooming), a metal casket, use of facilities and staff for viewing and a funeral ceremony, use of a hearse, use of a service car/van, and a basic memorial printed package (e.g., memorial cards, register book, etc.).

The national median cost of a funeral for calendar year 2014 was $7,181. If a vault is included, something that is typically required by a cemetery, the median cost is $8,508. The cost does not take into account cemetery, monument or marker costs or miscellaneous cash-advance charges, such as for flowers or an obituary.

National Median Cost of a Funeral With Cremation

The national median cost of a cremation in 2014 was $6,078. NFDA calculated the median cost of a cost of an adult funeral with cremation by totaling the costs of the following items: basic services fee, removal/transfer of remains to funeral home, embalming and other preparation of the body, use of facilities and staff for viewing and a funeral ceremony, use of a service car/van, basic memorial printed package, cremation fee, cremation casket and urn. The cost does not take into account vault, cemetery monument/marker costs or other miscellaneous cash advance charges.

A paper-based survey was mailed to 5,829 NFDA-member funeral home owners on June 19, 2015, to gather General Price List and other related data for the calendar year ending December 31, 2014. For the first time, members had the option of completing the survey online. A link to complete the survey was posted for three consecutive weeks in the NFDA Bulletin (electronic newsletter), and a reminder to complete the survey was emailed to all main contacts with a valid email address.

Of the potential respondents, a total of 1,046 members anonymously completed the survey (859 via mail and 187 online), which accurately reflects NFDA’s total membership (with 95% confidence) within a range of +2.8%.

Funeral professionals interested in purchasing a copy of the survey report should call NFDA at 800-228-6332 or visit www.nfda.org/resourcestore. The survey report is $75 for members of NFDA and $175 for nonmembers.

NFDA is the world’s leading and largest funeral service association, serving 19,700 individual members who represent more than 10,000 funeral homes in the United States and 39 countries around the world. NFDA is the trusted leader, beacon for ethics and the strongest advocate for the profession. NFDA is the association of choice because it offers funeral professionals comprehensive educational resources, tools to manage successful businesses, guidance to become pillars in their communities and the expertise to foster future generations of funeral professionals. NFDA is headquartered in Brookfield, Wis., and has an office in Washington, D.C. For more information, visit www.nfda.org.

Note: Members of the media who would like a copy of the survey results should contact Jessica Koth at jkoth@nfda.org or 800-228-6332.