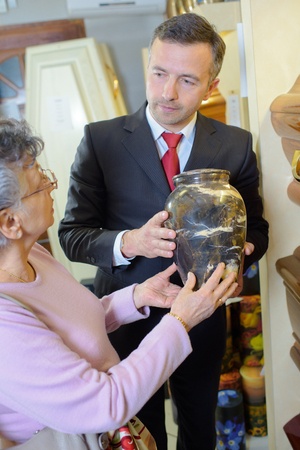 Brookfield, Wis. (July 18, 2017) – The rate of cremation in the United States is at an all-time high and surpassed the rate of burial for the second year in a row according to the National Funeral Directors Association’s (NFDA) 2017 Cremation and Burial Report. The annual report found that 50.2 percent of Americans chose cremation in 2016, up from 48.5 percent in 2015, while 43.5 percent of Americans opted for burial, down from 45.4 percent in 2015.

In response to this changing consumer preference, many funeral homes have opened crematories to meet the demands of Americans. Today, almost 30 percent of funeral homes in the U.S. operate their own crematories and another 9.4 percent intend to open a crematory within the next five years.

“The rate of cremation is projected to continue to rise as more Americans choose cremation,” says NFDA President W. Ashley Cozine, MBA, CFSP, CPC, CCO. “This shift has prompted many funeral homes to expand their service offerings to meet the emerging needs of consumers who prefer cremation.”

However, many consumers are not aware that cremation can be accompanied by a memorial service or viewing. Less than half of Americans associate cremation with a memorial service, and just 11.8 percent associate cremation with a funeral that includes a viewing. Over half of Americans (52.2 percent) are not aware that, as part of a funeral with cremation, they can view a body that has been prepared but is not embalmed.

“Our role as a funeral director is to help make sure families understand all of the available options and commemorate the life of their loved one in a meaningful way regardless of whether they choose burial or cremation,” said Cozine.

Several factors contribute to the changing rate of cremation and burial in the U.S., including:

About the NFDA 2017 Cremation and Burial Report

The statistical projections contained in the 2017 NFDA Cremation and Burial Report were compiled by the University of Wisconsin-Madison Applied Population Laboratory Department of Community and Environmental Sociology. State-level deaths by method of disposition data were collected from state vital statistics departments or similar state regulatory agencies for the years 2002-15. Other findings presented in the report are from proprietary NFDA research studies, such as the 2017 Annual NFDA Consumer Awareness & Preferences Study.

NFDA is the world’s leading and largest funeral service association, serving 19,700 individual members who represent more than 10,000 funeral homes in the United States and 49 countries around the world. NFDA is the trusted leader, beacon for ethics and the strongest advocate for the profession. NFDA is the association of choice because it offers funeral professionals comprehensive educational resources, tools to manage successful businesses, guidance to become pillars in their communities and the expertise to foster future generations of funeral professionals. NFDA is headquartered in Brookfield, Wis., and has an office in Washington, D.C. For more information, please contact 800-228-6332 or visit www.nfda.org.