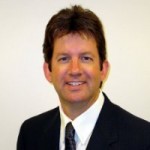 Steve Schaal represents over 20 years in the death care industry.  Steve is responsible for all aspects of operation at their headquarters in Orlando, Florida.  Steve’s career has successfully identified numerous products and services that are being utilized in today’s funeral environment.

Steve’s credentials include the successful rollout of the following national programs:

Steve is an accomplished public speaker (NFDA, CANA, ICCFA, CCC and others), certified Crematory Operator educator and has written/published numerous industry articles on the subject of cremation.

The Funeral Birth of Alkali Hydrolysis – As cremation continues to expand at steady and predictable pace, its impact on the environment is being revisited worldwide. Cremation in North America has long been considered environmentally friendly but is there more we should consider in mandated regulations and voluntary actions? This presentation will study the evolution of environmental practices pertaining to cremation and offer ideas to improve emissions destruction, emissions capture and lastly, emissions prevention through an exciting new “flameless” process called Alkali Hydrolysis (aka Bio Cremation).  Together, we’ll review the Bio Cremation cycle, its effect on the environment and how this has become commercially adopted within the death care industry.  We’ll watch video taken during a recent Independent Consumer Research study on the subject and outline an exciting alternative for marketing enhanced “cremation green” services that resonate with today’s cremation consumer. 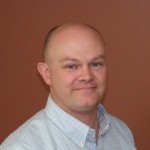 Dan Cable is a licensed Landscape Architect specializing in the design of cemeteries and cremation gardens.  He graduated from Utah State University in 1997 with a Bachelors of Landscape Architecture and a minor in Ornamental Horticulture.  Dan has over 16 years of experience working on hundreds of cemetery projects throughout the United States and Canada.  His work ranges from master planning large cemetery developments to designing small intimate spaces such as cremation gardens, one of his favorite types of projects.  Dan works for and is an owner at EDA Land Planning, a Salt Lake City-based landscape architectural design firm. 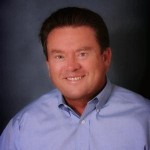 Peter Vesecky is a licensed Professional Civil Engineer in Arizona and many other states, and he is a licensed Professional Land Surveyor in Arizona.  While Peter has experience on a broad range of project types, he has over 20 years’ experience in providing Civil Engineering services for the cemetery and mortuary industry. He is a graduate of Arizona State University, with a BS and MS in Civil Engineering.  Peter is experienced in strategic planning and exercises the “Quality Leadership” management style as president of his company, Vesecky Engineering and Surveying, based in Scottsdale, Arizona. 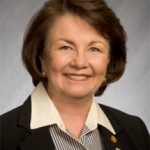 Judy Lowe is the Commissioner of the Arizona Department of Real Estate. Involved in the state’s commercial, residential, land and relocation real estate industry for more than 30 years, Judy has served as president of both the Tucson Association of Realtors and the Arizona Association of Realtors. Working her way up from a real estate secretary, Judy received her first real estate license in 1980, became a broker in 1986, was co-owner of Coldwell Banker Success Realty by 1992 and followed this with ownership of Realty Executives Southern Arizona.  As State Commissioner, she has made it her goal to “raise the bar for all licensees in Arizona to more fully protect and serve the public.” 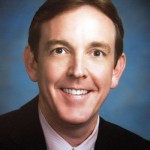 Ken Bennett has served as Arizona’s Secretary of State since 2009.  His public service began in 1985 when he was elected to the Prescott City Council.  He later served on the State Board of Education for seven years and the State Board for Charter Schools for four years.

In 1998, he was elected to represent Legislative District 1 where he served eight years in the state Senate, the final four as Senate President before being term-limited from office.

During his career Secretary Bennett also worked in the private sector as CEO of Bennett Oil Company from 1985 to 2006.  He currently works with companies trying to develop alternative energy sources and energy saving building technologies.  He also serves on the board of the Cancer Treatment Centers of America hospital in Goodyear.

An Arizona native, Eagle Scout and ASU graduate, Mr. Bennett was born in Tucson, raised in Prescott, and currently resides in Phoenix with his wife, Jeanne.   They have three grown children – Ryan, Dana and Clif and two grandchildren McKay and Tanner. 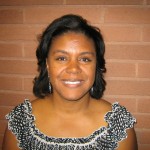 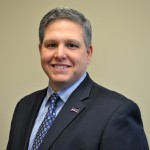 George Owens is the Managing Director of Customer Engagement at Service Corporation International (SCI), the industry’s largest operator of Funeral Homes and Cemeteries.  Since joining SCI in 2007, he has been responsible for enhancing the company’s brand identity and designing and implementing programs that help highlight customer satisfaction and opportunities to maximize customer engagement, support new product development and customer segmentation.

Prior to joining SCI, George was a director in the Emerging Industries Practice at J.D. Power and Associates.  There, he was responsible for managing major syndicated and proprietary research programs during a 12-year career.  Additionally, he led the design and execution of customer satisfaction and loyalty programs for a variety of clients and led certification efforts in both automotive and emerging industries.

Dr. Johnston also spends time teaching students the intricate details of pathology, most recently as a clinical assistant professor  for the University of Arizona College of Medicine, Pathology Department; before that as the Forensic Pathologist and Assistant Professor of Pathology at  University of Tennessee Medical Center at Knoxville.

Dr. Johnston’s presentation at this year’s convention will fulfill the necessary 3 CEUs in category C, or your technical hours.